This has been a long time but too much has happened in the last few days that has resulted in me taking to my blog to bitch and whine and moan.

I believe that we should be proud of the countries we are from. We should not be afraid to admit what is wrong with those said countries and should be willing to accept the situation we are in. I believe that in most cases blaming it on the past does not help much of a lot.

So there was this article that I read online. It was on Zimbabwe’s main newspaper website. I hope that some of you take the time to read the article and then you may be able to follow my rant. I will not be drawn into any opinion about whether the newspaper is impartial or not as I am only focusing on this one particular article.

Zimbabwe not in tatters

Now I briefly read the article written by this Trevor Ncube dude and I didn’t see much wrong with the article. He makes a few good points about how he feels a political change needs to be done in Zimbabwe and then talks about what the situation on the ground is. Everything is fine at this point.

The trouble all begins. According to Bernard Bwoni he is “…lost for words trying to understand the motive behind such trailer-park trash-talk against Zimbabwe and its people? It is his opinion and yes he is entitled to it just like the rest of us, however, to categorically say “Zimbabwe is broken. Its people are broken. Their minds and spirits are broken” is too non-specific and hence the challenge. This is ‘broken’ and reckless journalism. What test did Mr Ncube use to determine that the people of Zimbabwe’s “minds are broken”? Zimbabwe has a population of around 13 million people and it would be interesting to find out how many actually have their “minds broken” ”

Further into the article he talks about how we need to hold the nation up and be positive about the “achievements” that we have made since post independence.

There is no need to try and lie to people and engage in scathing attacks of other journalists because they have made their own opinion heard. Now don’t get me wrong, in my opinion this country is broken. I won’t go too much into the reason why I feel the way I do. I am going to try and focus on some of the comments that are made in the article by Bwoni (Another reason I decided to take this to my blog is because for some reason The Herald doesn’t post most of my comments…. bastards)

What worries me is that in 2016 (even though to be fair Zimbabwe is barely past the 1999) we have individuals writing in newspapers but who are writing from a point of blind patriotism.

The reason why I chose the above image is because it is quite powerful with regards to levels patriotism. Some of the things that are printed in the newspaper and online need to have better editors working on them. It sometimes seems that articles that are made available for reading online and in newspapers are not edited and people are allowed to write whatever comes to them.

Here are a few examples of alarming comments made:

So 36 years later, the blame game is still on? I would have hoped that after 36 years that sort of comment wouldn’t be used. Shouldn’t there have been a plan in place to improve our infrastructure? We surely can’t expect a pre80s infrastructure to function in the 21st century? 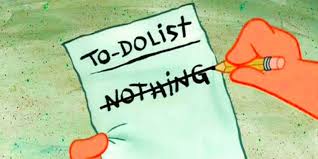 I think this will be the last statement that I am going to look at from this article. Now I am no economist (in fact my background is in construction) but I know the shops are full because we are importing a LOT of stuff. Industry has all but stopped operating resulting in us importing more than we export. This means that our balance of trade is negative. We are giving out more money than we are taking in.

Just because there is fuel at service stations, doesn’t mean that the country is not broken. It just means that we have managed to get away from a precarious situation we once experienced when we had empty shops and no fuel. Just because that situation is not here right now, does not mean we are no longer a broken country.

The truth about patriotism is that it is a mixture about being proud of where you are from, your heritage, upbringing and culture. However you have to be honest. There is no need to lie to yourself or to others. Some of us have been here and can see what is actually happening, and not what you try and report is happening.

I am dude who has a lot of opinions. I was born in Zimbabwe, did my tertiary education in the UK and came back to Zimbabwe after that. I never used to be interested in current affairs, but being home has made me take a little bit of an interest in it. I enjoy writing about the day to day madness that happens in my country, movies that I watch, video games that I play and music that I am listening to. I prefer not to write too about serious issues, however, it happens from time to time I enjoy movies, reading comics, listening to music, playing video games, watching football (not American), spending time with my wife, and listening to her crazy stories.

#mondaymotivation Let’s go get this week better than you did last week 🦾
Chow time
#SundayFunday #DinnerPreps #Braai Preps for my duty on the grill complete
#Zimbabwe
#HapyyTuesday
#HappyMonday #MondayMotivation It’s a new week. Let’s develop some healthy habits this week. As I like to say to my niece “let’s turn they frown upside down.” Rather let’s not let them see us sad or struggle
Happy weekend vibes

The subtle art of being oneself

year of "normality" in Berlin

Peace and Healing in the aftermath of betrayal

Smile! You’re at the best WordPress.com site ever

A place to exise the ghosts from my mind